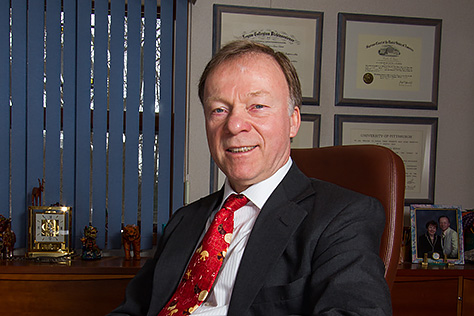 RONALD M. BUGAJ was born in Woodstown, New Jersey, and moved to Honesdale, Pennsylvania with his family when he was in grade school. He graduated from Honesdale High School in 1967, and went on to receive this Bachelors degree from the University of Pittsburgh in 1972, majoring in geology, and his Juris Doctorate from the Dickinson School of Law in 1975.

While at Pitt, Ron earned Freshman and Varsity Letters while playing for the University’s soccer team. A member of Pitt Varsity Letter Club, Ron was recommended for consideration as a nominee for the Varsity Letter Club Awardee of Distinction in 2017. In 2006, he was elected into the Wayne County Sports Hall of Fame for his accomplishments in soccer, baseball, ice hockey, and mountain climbing. 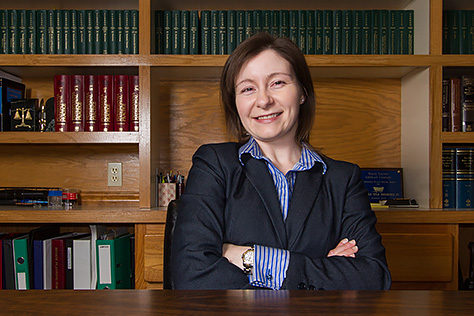 RONNIE J. FISCHER grew up in Honesdale, graduating from Honesdale High School in 1995, and returned to Honesdale after receiving her law degree in 2003. In the ten years that she has been practicing law, Ronnie has handled cases in the areas of family law, civil litigation, criminal defense, landlord/tenant, estate planning, municipal law, business law, planned community associations, and real estate.

As someone who received her Bachelor's and Master's degrees in English literature and has always enjoyed writing, Ronnie is a skilled legal writer. This can particularly be seen in her appellate advocacy, as she has successfully briefed and argued numerous cases on appeal. In addition to prevailing in appeals before the Pennsylvania Superior and Commonwealth Courts, Ronnie succeeded in getting the Pennsylvania Supreme Court to accept three of her cases on appeal (the Pennsylvania Supreme Court generally accepts less than 5% of cases submitted to it on appeal each year), and recently succeeding in getting the Third Circuit Court of Appeals to allow an appeal in a criminal matter.

When Ronnie is not working, she enjoys traveling, photography, cooking, writing, golfing, horseback riding, and hiking.